While firms offer similar services, Mirus consistently performs better than our peers in the market. Because we work with a select number of candidates (the top 10% in the St. Louis market), we can alleviate some of the common pains employers and candidates may have in working with recruiters, such as:

Our proven processes and experience in the marketplace will deliver better service to you, minimize these pain points, and positively impact your business and team.

We want to raise your expectations of the Finance and Accounting search firms that you do business with and, in the process, deliver better results for your accounting and finance departments. Some of the skill sets that Mirus specializes in placing include:

Randy graduated with an MBA with a concentration in Accounting from The University of Florida in 1991. Upon graduation, he joined PricewaterhouseCoopers and went on to pass the CPA exam in 1992. In December 1993, Randy joined a national recruiting firm, Kforce, Inc.

He became a platinum performer and built and oversaw the top offices in the United States, winning top region honors in November 2006. 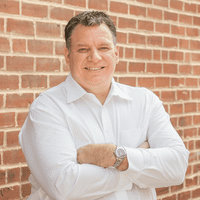